Confessions of a Procrastinator: How to Sit Down and Write

Guest blog by Tommaso De Benetti, the head of The World Anvil Publishing and the new Broken Tales RPG Kickstarter.

I am a terrible writer. Not in the sense that what I write is awful; people are kind enough to at least pretend it's all right.

Nevertheless, I am a terrible writer because I can't just get myself to sit down and write. As a big fan of to-do lists, I always find at least one trivial task to complete that accidentally ("oh no!") will prevent me from writing anything of substance. One of the tasks on my list is called "Write the book." It's perpetually stationing in the "Overdue" section.

I run a small tabletop gaming company called The World Anvil Publishing. We have a game on Kickstarter now, Broken Tales. The Story Engine Deck's creator has been kind enough to create some guest material for us. 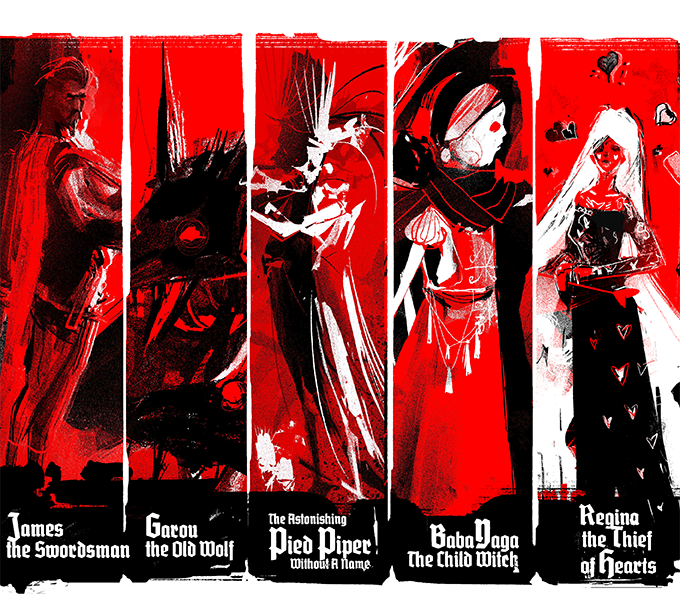 Because I happen to be reasonably good at practicalities, I use that excuse to avoid creative work. "Other team members are better at that," I tell myself, but deep down, I know that I could be good at writing if I allowed myself to do just that.

Neil Gaiman had the best advice:

Some time ago, I realized I needed a bit of Gaiman's medicine, so I packed one bag with my computer, a book, and the bare minimum of food required and went to a cottage in the middle of the countryside. I'm lucky enough to live in Finland, and nature can sometimes be quite the thing one needs. There are very few distractions there, and I could either write or take a walk outside (or read the book, but don't tell Neil). No video games, tv series, gym lessons, incessant smartphone notifications. It was me, the story I was trying to make sense of, and boredom.

Not surprisingly, it worked.

I gave myself the chance to think the story and characters through, understand their motivations, figure out how things might develop. On a single weekend, I made the same progress as the previous six months.

I can't go to the cottage often, as I don't even own a car.

Sometimes you are stuck in an environment that is not beneficial to creativity, often of your own creation (no one forces you to keep all those notifications on, really). Besides shutting off distractions for a measurable amount of time—we can all go two hours without checking Twitter—some tools can help you get unstuck.

The Story Deck Engine is one of those tools. I recently used it with enormous satisfaction to come up with quests for a video game I'm contributing to. Just the bones, of course, but it was a massive help in getting started.

Another tool I like is the Kult Tarot Deck – it's primarily suitable for developing horror stories and characters, but it's surprisingly deep in its simplicity.

One last tip for inspiration is: look around you. Find something peculiar, and start imagining the story behind it. For example, a few days ago, I was walking in the nearby woods. I live in suburban Helsinki, but there's a lot of green around here. I found this makeshift tent. The number 41 was painted on the tree. Since there's a bog nearby, I thought, "what if people are taking part in a lottery, and if their number is drawn, they're sacrificed to the swamp creature?". That seems a perfectly reasonable scenario, given the situation.

What should you do then? Give yourself some space, pick a couple of good tools, be aware of what's around you, and get rid, at least for some time, of all the needless busyness. If I managed to sit down and write this, you could do it too.

Check out the Broken Tales RPG, live on Kickstarter until May 24.